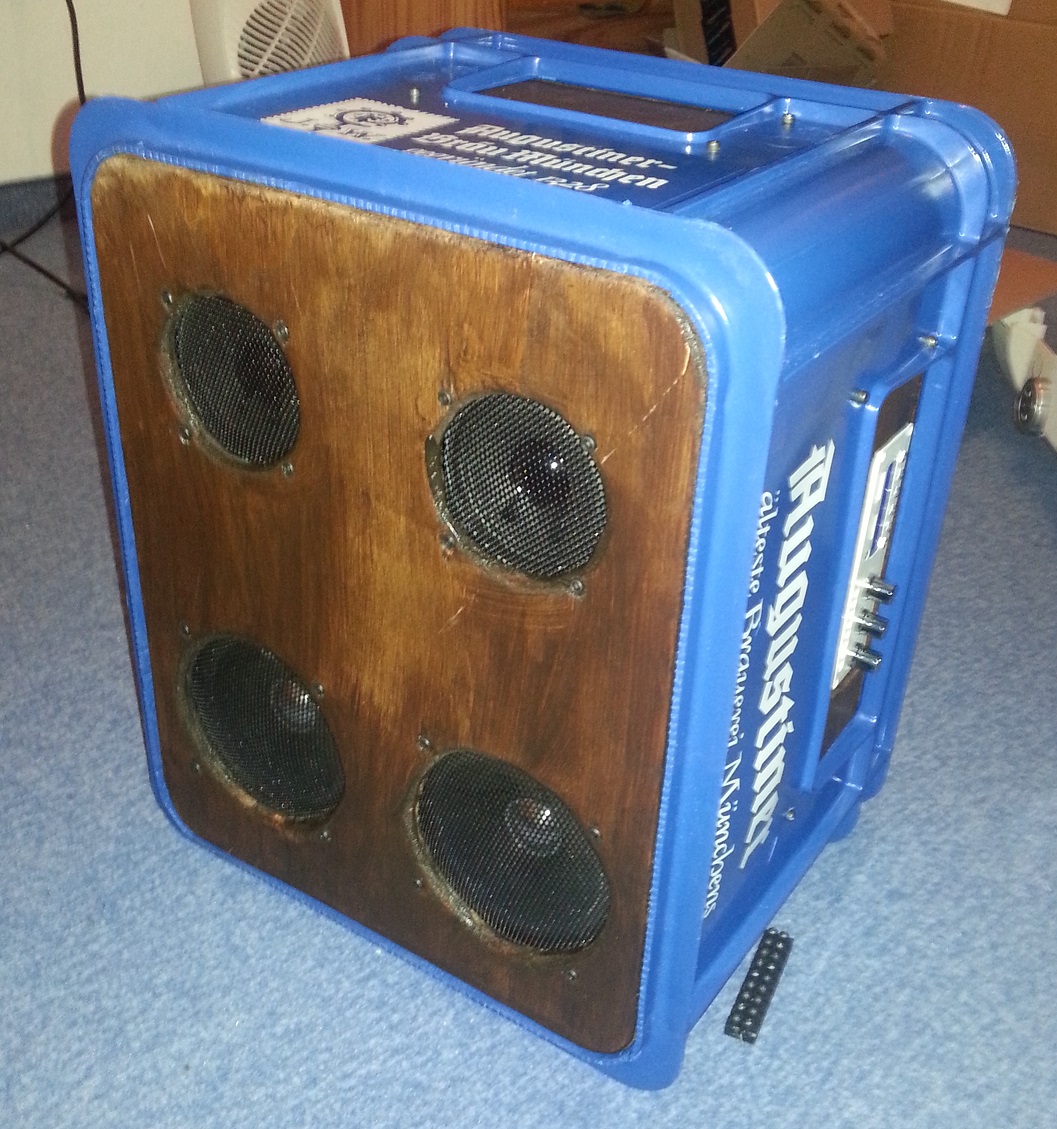 A few years ago, in 2017, I attended a rather large music festival.

Apart from the music and general camping experience, one thing particularly got stuck in my mind: Someone wearing a beer crate as a backpack.

While one could argue this not being an unusual sight at a music festival, the thing that impressed me as a maker were the inner working of said crate: No beer, but instead a bluetooth-enabled, battery-powered music blasting system. And, true to the spirit of DIY, the whole thing was close to falling apart – but literally and figuratively a huge blast.

Naturally, after returning home, I set out to create my own.

I already had a beer crate and a broken boombox (electronics were busted, but speakers still good). So the only missing components were a power source and a car stereo. As usual, Amazon provides everything on a budget of ~50€.

The first step was to knock out the floor of the beer crate and replace it with a piece of wood:

Next, I wired in the speakers and the car stereo, and added a small battery voltage indicator:

After adding the charger and power socket everything was screwed in place using steel brackets:

The final steps were staining the wood to give it a nice finish, spraying on a logo and closing the box:

Boy, it slaps hard. But I encountered several problems, and found several solutions to them: