Do you remember the good times of LEGO? Or even LEGO Technic? Turns out that LEGO is a timeless classic and still very much fun. What is not timeless however, is battery technology. Several old LEGO models are powered by 9 Volts via six 1.5 AAA batteries. This proved to be cumbersome, because the batteries would drain quickly or even… Read More → 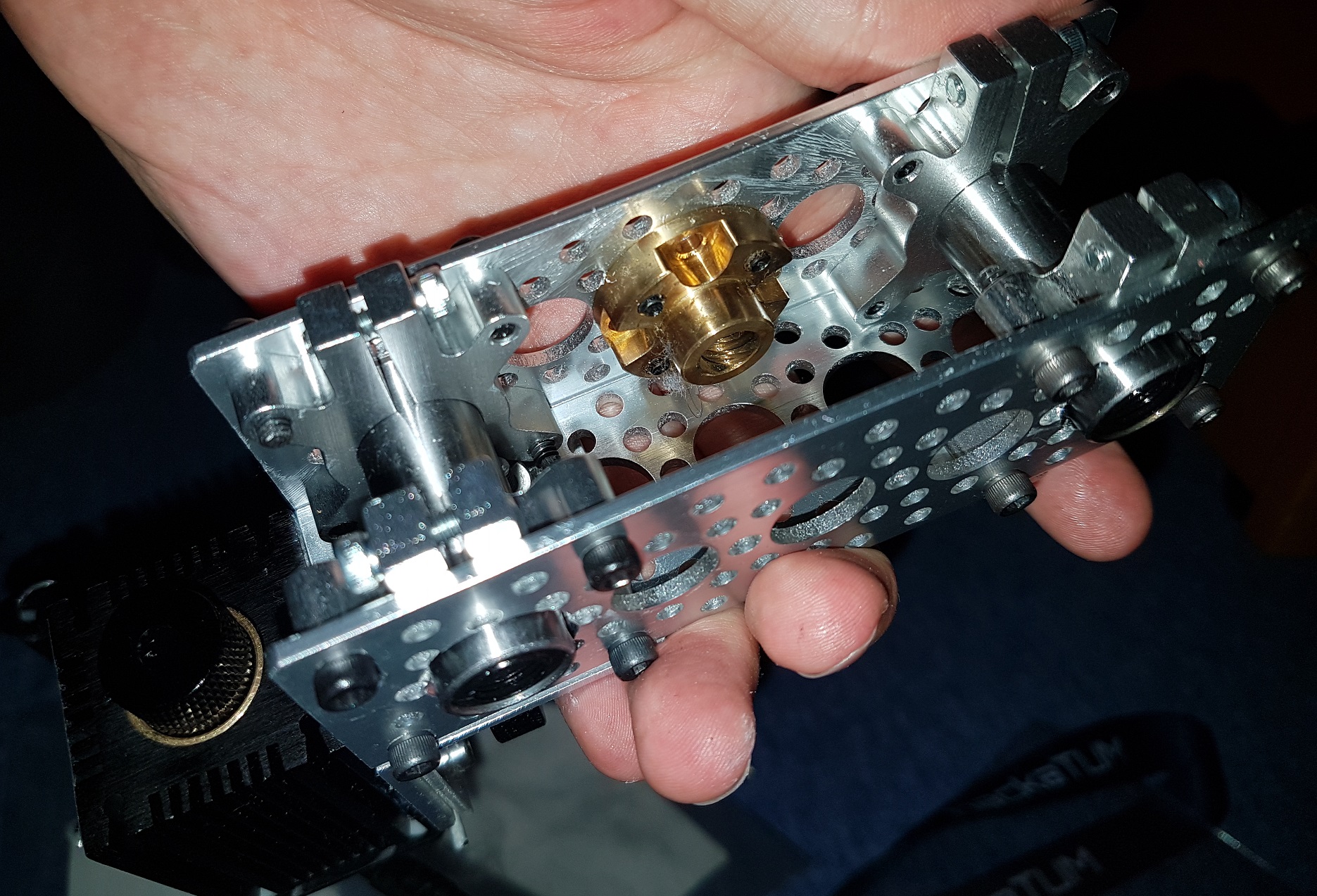 After two years of usage, the x carriage of my laser cutter became rather wobbly. Wobbling! My old nemesis! What should I do? First, I tried to use different bearings. I bought some DryLin PTFE self-lubricating plastic bearings: https://www.amazon.de/gp/product/B01M328GIR ~5€ But they were no use in my configuration. They tended to bind, and what’s worse, were a lot more flexible… Read More → 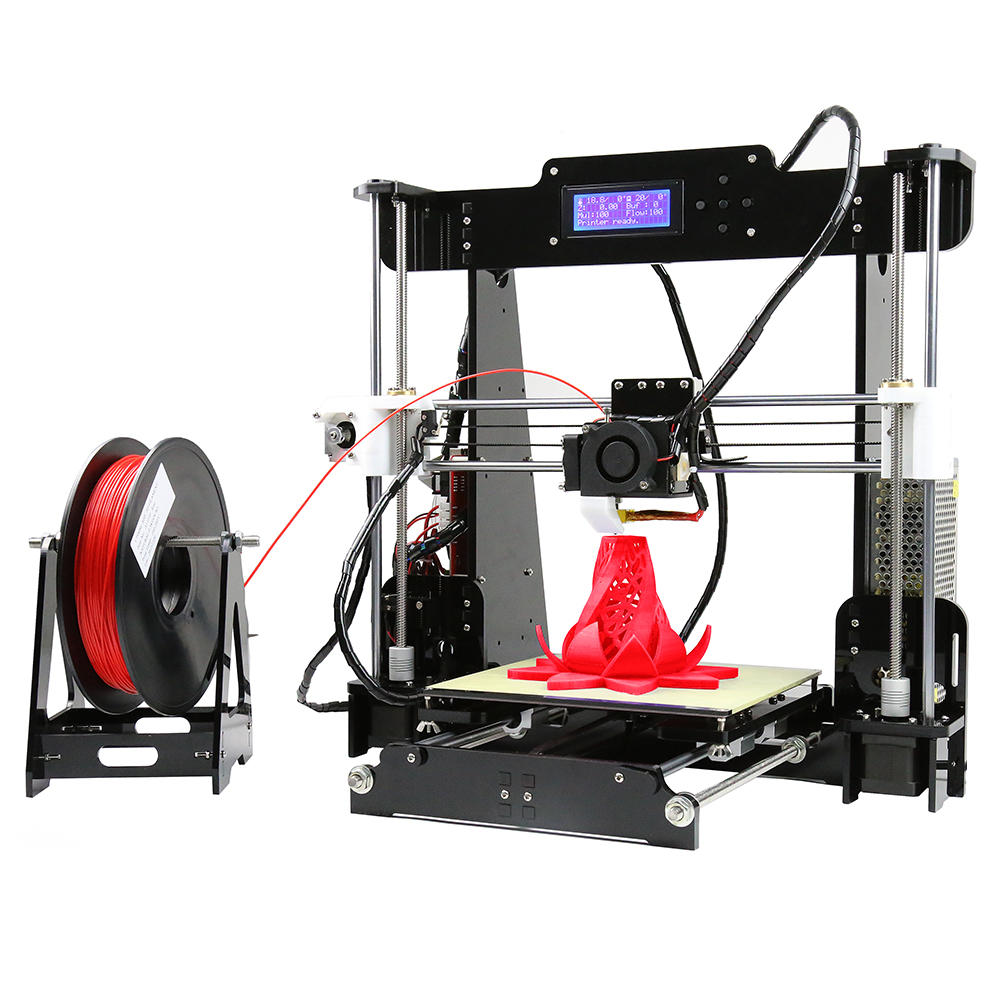 Adventures in tuning my Anet-A8 3D Printer. About a year ago, I purchased a rather inexpensive “DIY” 3D printer kit directly from the country that sells everything; China. My model of choice was the “Anet-A8” printer, due to its low price and big online support community. Not only the price and support led to my decision, but also the potential… Read More → 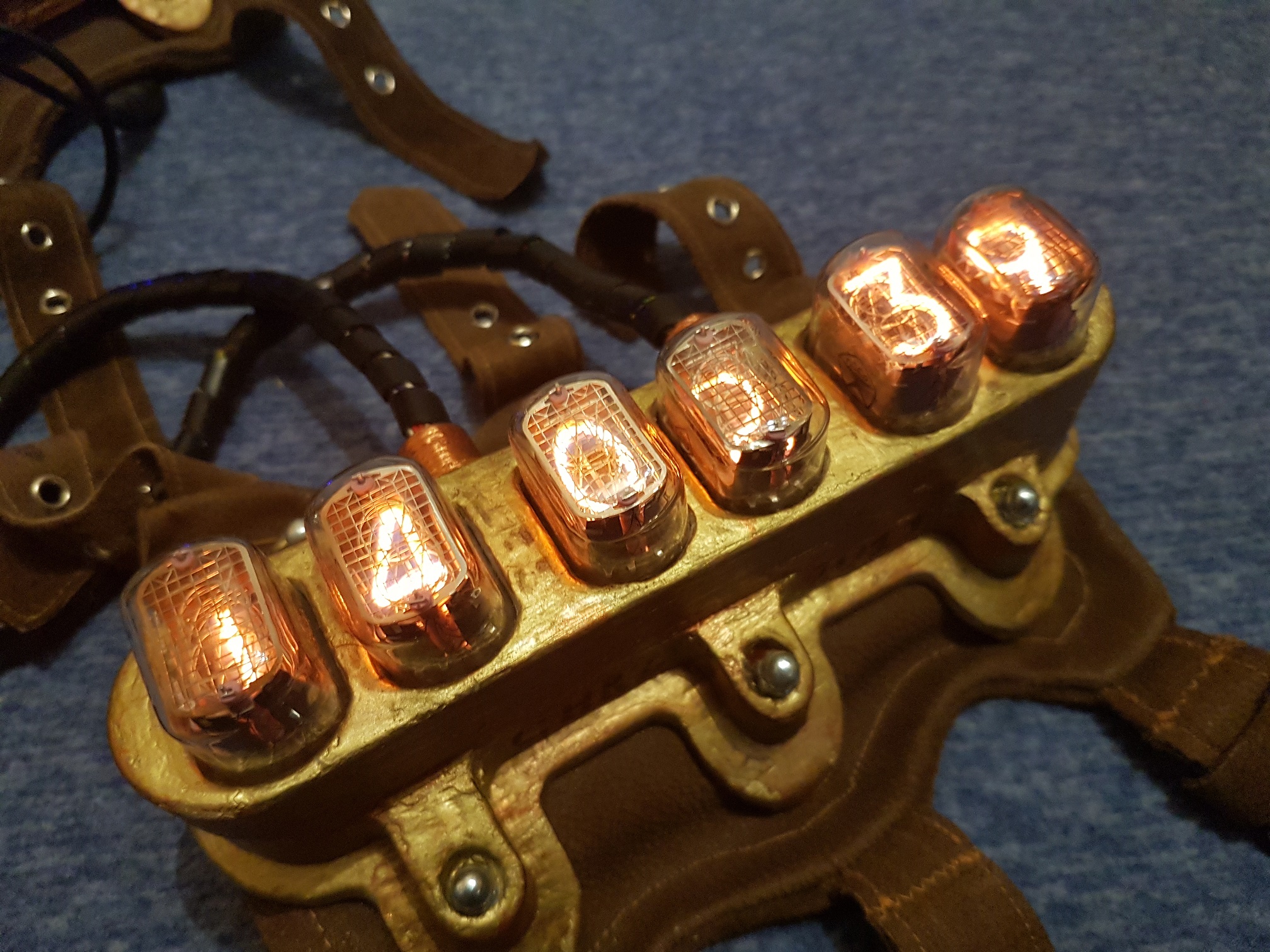 Recently, I visited an Anime and Cosplay convention. Although I rarely watch any Anime, I do enjoy crafting costumes and in particular steampunk-esque things. Of course, I could not let the opportunity pass. So I decided to dress up as a steampunk gentleman. Nixie Tubes I always wanted to build something with Nixie tubes. Those are cathode vacuum tubes, which… Read More → 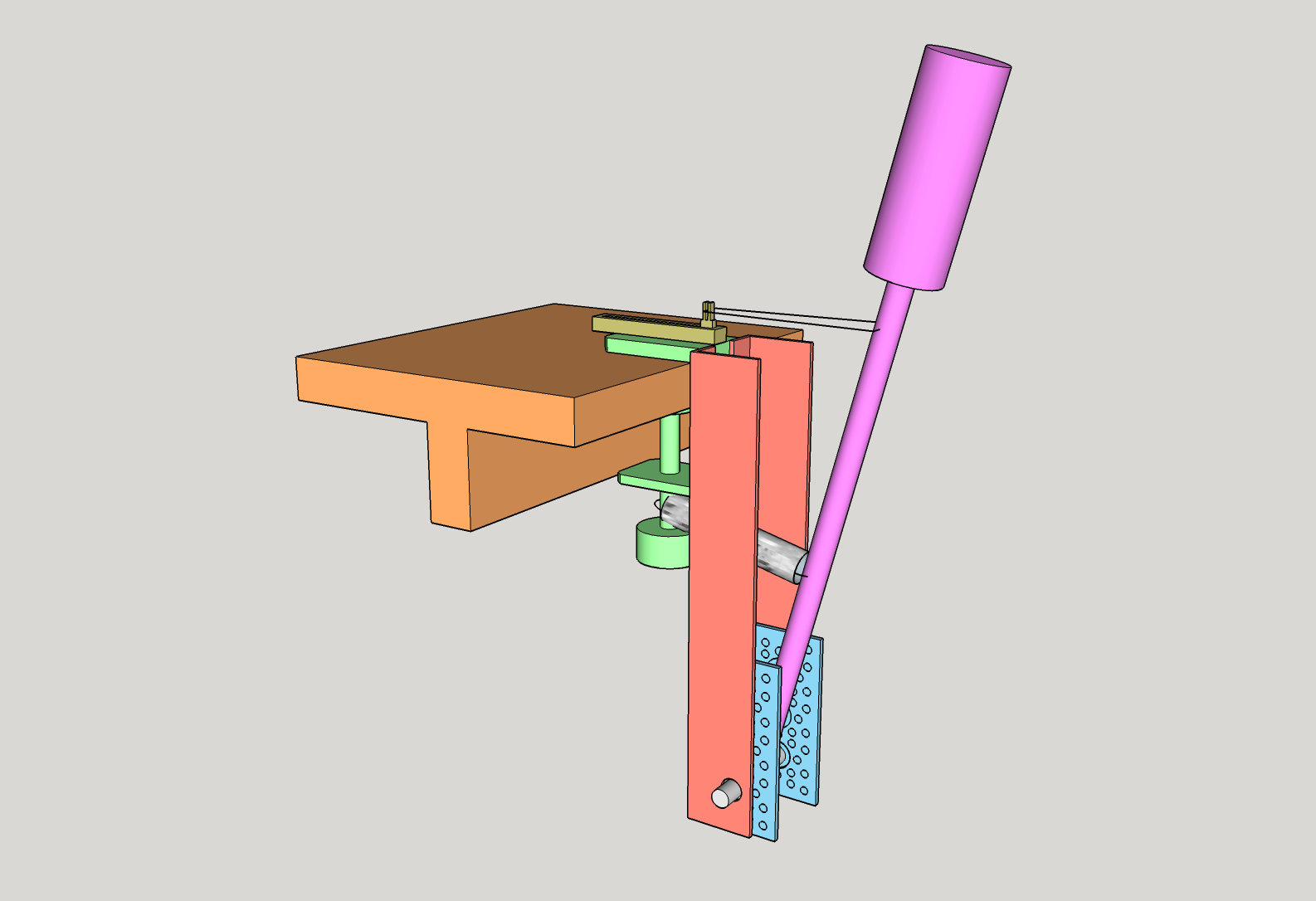 Of course, there is always a Need for Speed in racing simulations. But sometimes, there is also the Need for Smooth Drifting Around Tight Corners. And pressing a button on my steering wheel controller just doesn’t cut it in terms of control and realism. So, I set out to acquire a handbrake controller, but quickly decided to build my own… Read More →

Hello dear reader, hello search engine crawler, hello XKeyscore! This will now be my personal blog – I will be writing about my software and DIY projects I build from time to time. Also I will use this blog to write about just anything I find worth publishing – still with a focus on technology (probably). The name CHRZ was literally chosen… Read More → 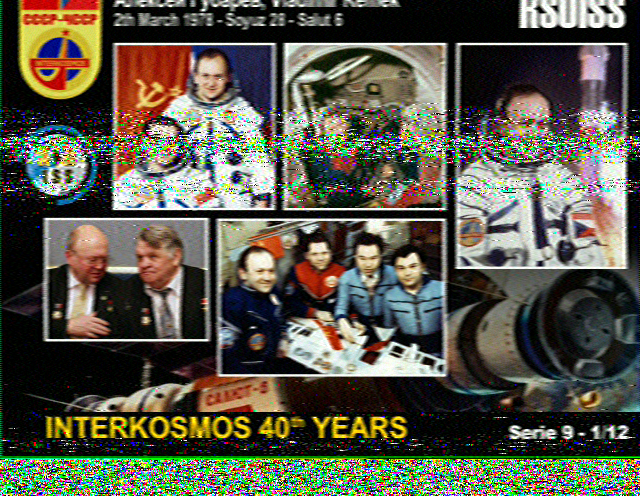 Sometimes, the folks over at the International Space Station (ISS) send greetings to earth, postcards encoded as SSTV images – transmitted at 145.800 MHz FM. Of course, I wanted to receive some. And in April 2018, I managed to. Hardware and Software I used the same hardware receiving stack as I used for receiving NOAA and Meteor weather satellites. In… Read More → 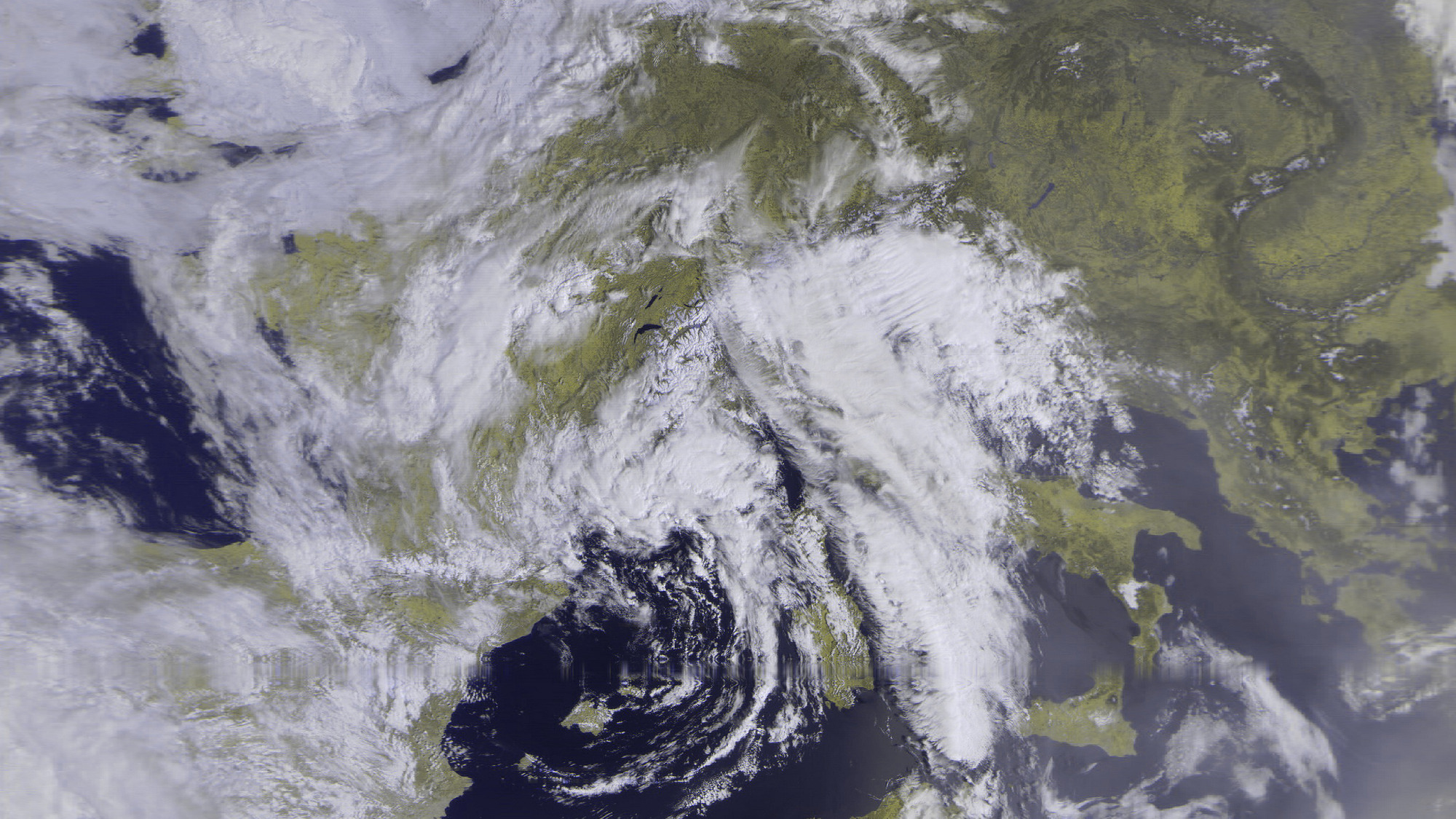 After much success receiving weather maps from the NOAA satellites, I wanted to receive more satellites. While the NOAA satellites are US-based and are relatively old, the METEOR-M2 are of a more recent make, operated by Russia. However, the LRPT signals sent by the Meteor satellites are digital and somewhat harder to decode. But thanks to some ambitious russian friends,… Read More → 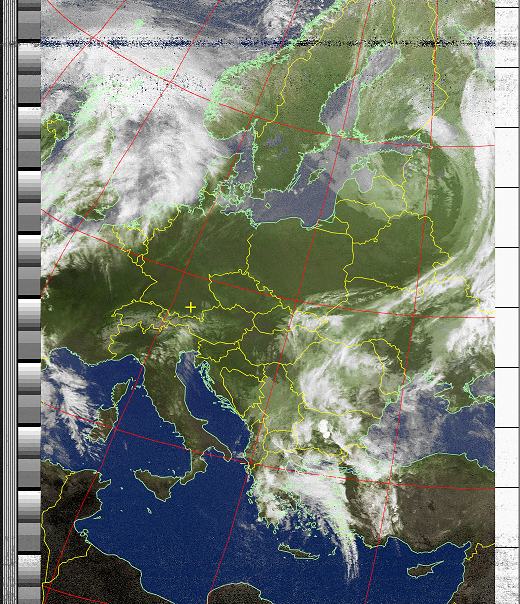 After building a satellite antenna, I was able to receive and decode the weather maps sent by three US-based legacy satellites operated by the National Oceanic and Atmospheric Administration (NOAA). Hardware As mentioned, I used my own antenna. To get the signal into my PC, I used the excellent and low-cost RTL-SDR stick V3 by RTL-SDR.com. My base station consisted… Read More →

During my adventures with SDR (software-defined radio), the need for a proper QFH antenna arose. This type of antenna is used to receive signals that are circularly polarized, such as APT weather maps sent by the NOAA satellites. I used a PVC pipe and a standard shielded coax cable from the local hardware store, and a copper tube meant for… Read More →